Tour of the Monticello Railroad Museum 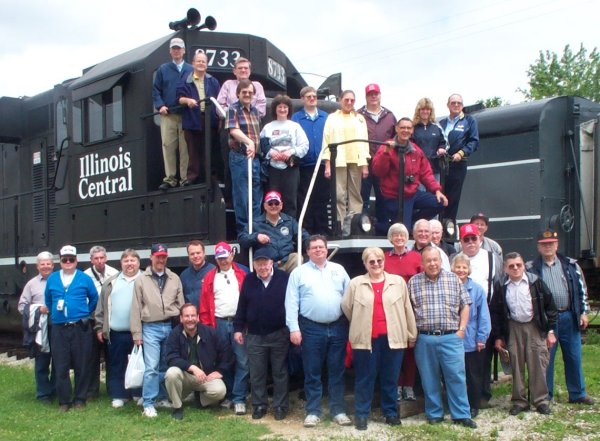 Twenty-nine Chapter members enjoyed a one day trip from St. Louis up to Monticello, Illinois, to visit the Monticello Railroad Museum.

Leaving St. Louis early on Saturday morning, our bus arrived early allowing for exploration of some of the display cars before boarding our special train for a ride. Pulled by an RS-3 and featuring a former Canadian Pacific Steam Generator Car, now used to provide head end electrical power to the passenger cars, the train consisted of 3 nicely painted Illinois Central passenger cars - two coaches and Business Car #7.

Heading back to the Museum, the train pulled past the Museum and backed us as far as possible up the Northern end of the line - an area normally not part of the train excursion. We then returned to the Museum where the train dropped us off amongst the shop buildings. The Museum volunteers were out in force working on various items and allowed us free access to the many storage buildings.

Roughly half of the equipment is indoors and even the items outside looked well cared-for. Finally, after a quick group photo (above) it was back on the bus and back home to an early evening return to St. Louis.